“A special place that us as fundraisers can turn to when we need strategic guidance and inspiration the most.”

Hi everyone and welcome to the Fulfilled project.

Like you, I have a passion for creating positive change in our world and it’s this passion that eventually led me to take my experience in marketing and bring this to the world of fundraising.

I was able to get up everyday and make a difference! Using digital channels as a means to connect with donors and new audiences. It was extremely rewarding and I was no longer a digital marketer, I was a digital fundraiser.

For the first time I was engaging with other like-minded fundraising professionals! I was gaining knowledge, I was networking, I was sharing my experiences and together in that moment we were united as fundraisers, all committed to creating change for a better world.

I remember feeling inspired and motivated with fresh new ideas which would have a major impact for our mission. But then as the weeks went on, all I had was a notepad with ideas written down. I implemented a few things which worked well but that was it.

The environment which I had to learn from and connect with other fundraisers was no longer available.

Let’s learn from each other

Fulfilled is on a mission – an interactive knowledge sharing platform for fundraisers to come learn and connect with other fundraisers.

What lies ahead is an exciting journey! We have a vision to inspire fundraisers to make a positive impact and create change for a better world. The survival of NGOs, charities and many not-for-profits; lies in the hands of those who have the ability to raise enough funds to sustain these life-changing projects. Their survival lies in the hands of their fundraisers and it’s time for us to be united which starts with having that special place we can all turn to. 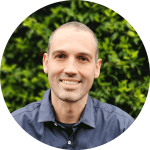